This is How Scary Movies Start

In case you didn't know, Halloween is my FAVORITE holiday. You get to dress up and fill your belly with all types of candy - what's not to like?!? To get us in the Halloween spirit the hubby & I decided to go to a corn maze, a first for both of us. We drove an hour to get there and as soon as we arrived at the town, I had a major creepy feeling!! The day was overcast and chilly and it just added to the Halloween mood.
This is the first house we saw when we arrived at the farm.
Looks like it belongs on the set of a scary movie, right? 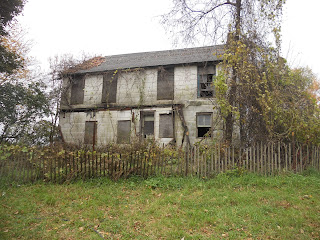 Since it was a farm, they did have all types of animals. 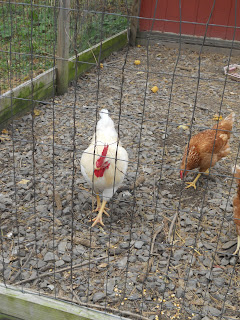 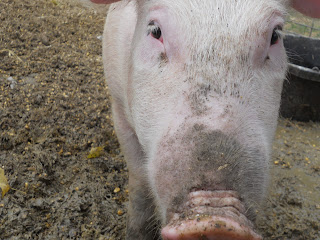 This little guy LOVED having his picture taken..what a cutie!! 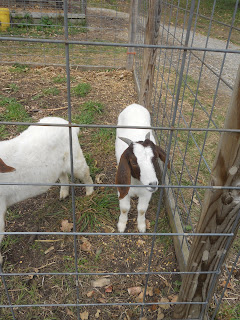 Ok, enough making friends...we're here for the corn maze!!
According to the website, if you get lost you would end up walking over 3 miles!!! 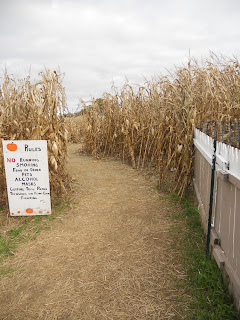 They gave us a VERY complicated map.
The only thing it was actually useful as was to be raised as a flag if you got lost. 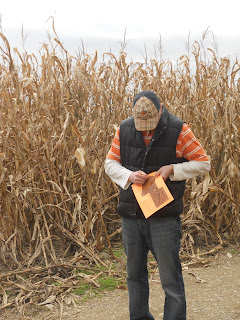 This is what we're dealing with people!!
The corn stalks were over 8 feet tall. 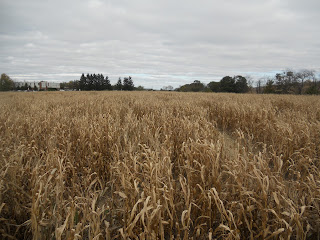 Hubby let me lead the way. err..dunno if that was a good idea!.. 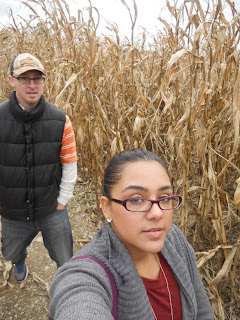 We found the middle point after 15 minutes of walking and decided to snap a picture. 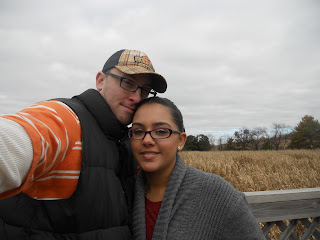 The further we got into the maze the more complicated it got.
Certain rows were dead ends and you found yourself walking in circles.
Here I am with our map -"lost". 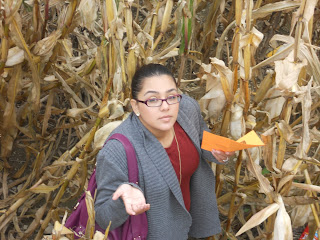 We were in there for a while and the hubby got hungry.
Corn anyone? 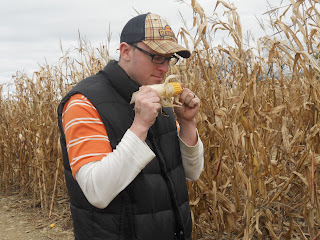 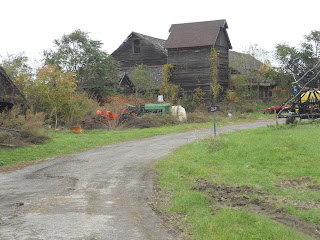 This farm also had pumpkin picking so after our corn maze adventure we decided to take one of these little guys home with us. 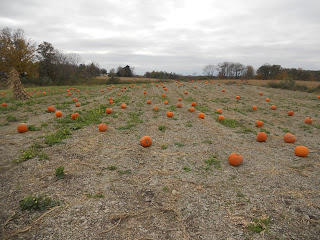 The hubby took some 'oh so flattering' pictures of me while we carved our pumpkin, but since this is a 'beauty' blog I decided to spare you guys the horror..lol
This is the first pumpkin I ever carved & of course I had to carve an owl. 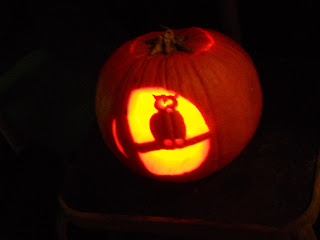 And since someone was acting like a MAJOR jelly belly while we carved the pumpkin we took some pictures of Dom. Dom says hi & meow!!! 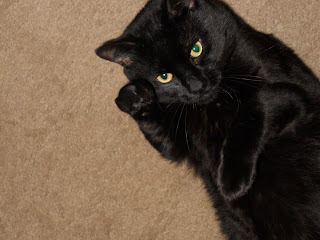 What do you do to get into the Halloween spirit?
Labels: Halloween