The hubby and I decided to do something different last weekend and we decided to go to a roller derby. The closest one was an hour away and it was right off a boardwalk, we love being near water so we were in!
Contemporary roller derby is an American-invented contact sport with roots in sports entertainment. The game is based on formation roller skating around an oval track by two teams. Points are scored when the designated scoring player (the "jammer") of a given team laps members of the opposing team;[1] hence offense and defense typically occur simultaneously.[2]     - From Wikipedia.
There were plenty of falls and excitement!! It's definitely something I would do again, it was just so much fun. The whole point of the game is for one person (the jammer) to get through the crowd of skaters & for each skater from the opposing team she passes, she gets a point. It's fun because just as you think someone is going to score they get knocked down or THEY manage to knock someone down. I know this sounds a bit brutal, but I SWEAR it's really not. At least the game I went to wasn't!! Everyone was really friendly. 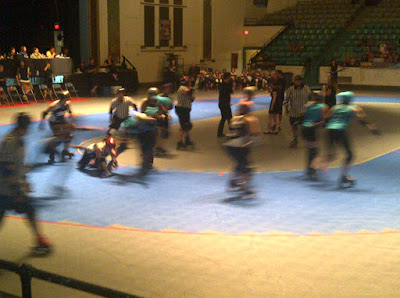 One of my favorite parts of this game are the names the roller girls use. Some examples are: Push Popp, Ciri L Killer, AC Skater,  & Black Eye Betty 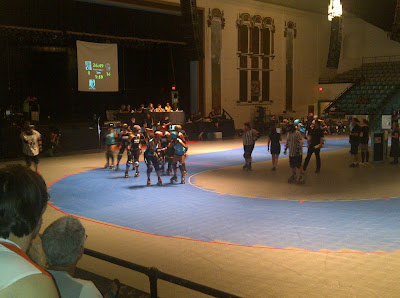 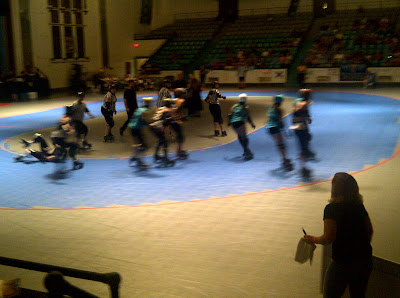 During their intermission they had a 'chuck the duck' game. The point of this game was the person who was able to chuck their rubber duckie closest to the bulls eye won a prize - an iPod & VIP tickets to another roller derby game.
Well here's a picture of the hubby chucking the winning duck. Yup..winning duck!!! 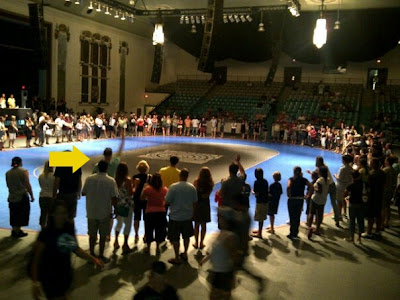 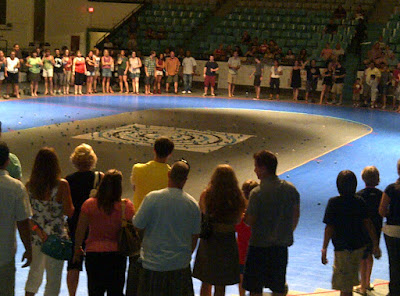 After the game was over (our team lost by the way) we decided to walk around the boardwalk and look around..here's what we saw... 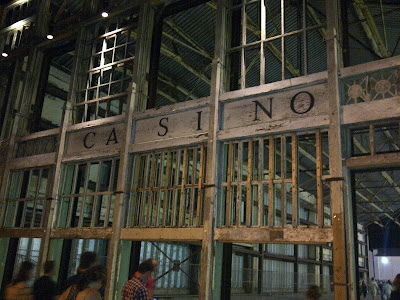 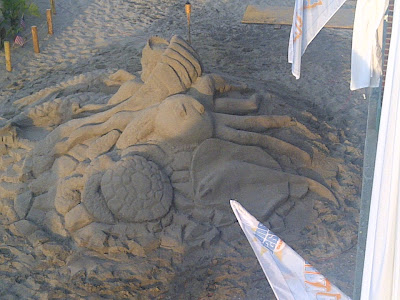 This flapper was definitely my favorite thing on the boardwalk... 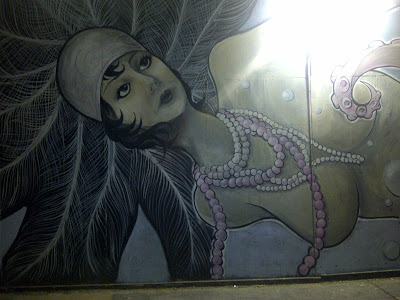 And for those of you that are curious about the blog entry name...that's the name I would pick if I ever became a roller derby girl. It's my twist on Lucille Ball..   ;)
Have a great weekend!!
Labels: roller derby