Note: Another scheduled post.
Hubby & I took advantage of the Bank of America freebies again and went to the Intrepid Sea, Air, & Space Museum.
A bit of history for you - USS Intrepid (CV/CVA/CVS-11), also known as The Fighting "I", is one of 24 Essex-class aircraft carriers built during World War II for the United States Navy. Decommissioned in 1974, in 1982 Intrepid became the foundation of the Intrepid Sea-Air-Space Museum in New York City. 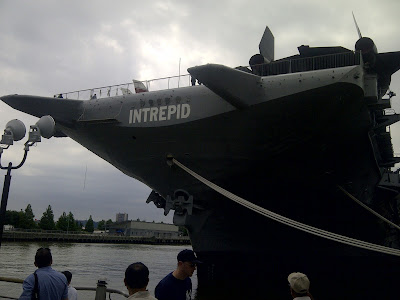 I just realized that my hubby is in this picture..that's him in the cap.
A side view. Look at all of the planes on top. 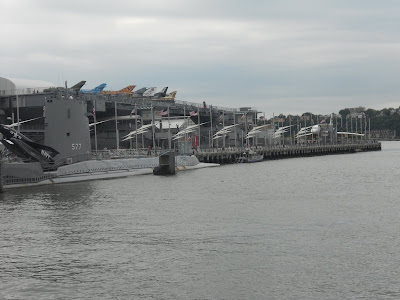 We also had a chance to go inside the Growler submarine and see how life was lived on a submarine.
3 beds. 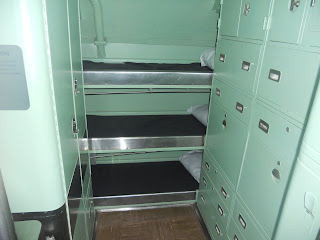 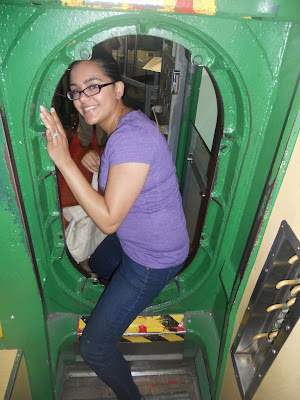 Hubby doing the same. The space was really small. 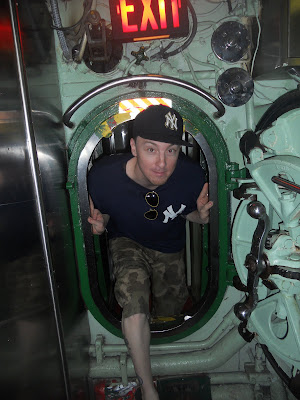 This was considered the 'mess hall' in the submarine. 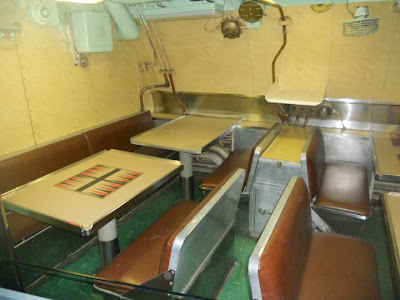 The very top of the Intrepid had fighter/show planes, this was one of my favorites. 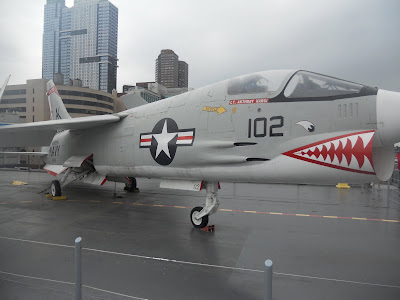 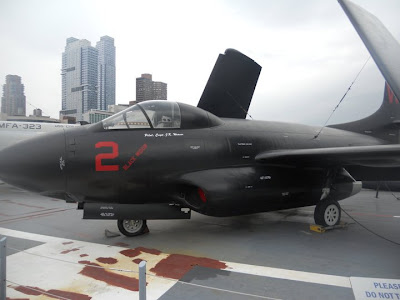 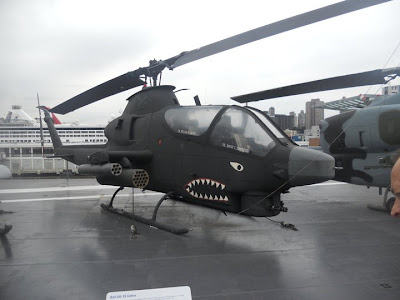 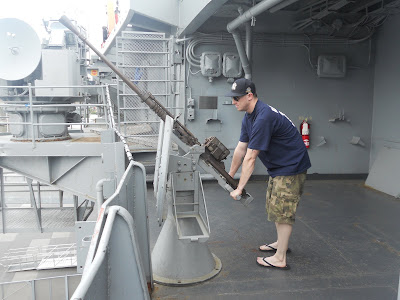 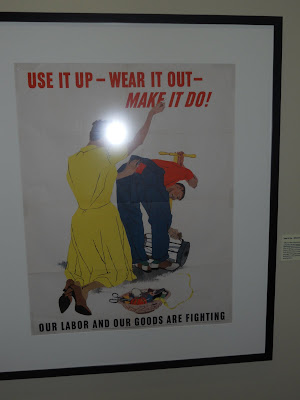 Interesting Fact - This was a FBI operation center at 9/11.
Labels: intrepid