So in case you're not aware, I'm half Puerto Rican. Boriqua yo soy!! So every year when the Puerto Rican Day parade is in NY I feel the strong urge to go there & to show my PR pride.
It's a day where everyone that goes to the parade is Puerto Rican. It's a great time with amazing floats, music, & people. The phrase of the day is "que bonita bandera", translation what a beautiful flag.
The National Puerto Rican Parade Inc. was established to create a national awareness and appreciation of Puerto Rican culture and its contribution to the culture and the society of the United States. In addition, it promote the study, improvement, and/or advancement of Puerto Rican culture and arts by encouraging, promoting, coordinating, developing and participating in various cultural events, including musical productions, plays and exhibits, and conduct of parades in the City of New York and throughout the United States. - From nationalpuertoricanday.org
Close to 80, 000 people MARCHED in the parade, while there were 3 million people there watching the PARADE live. 3 million people...wow!! And that's not even including the people that watch it on TV.

Here's my hubby's outfit for the day..his shirt says "Does this shirt make me look Puerto Rican?"  haha!!! 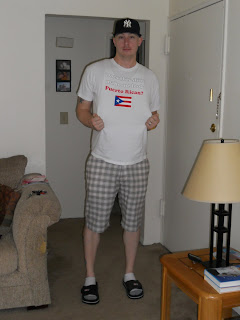 My outfit...you know I had to wear the new hat...hehe! 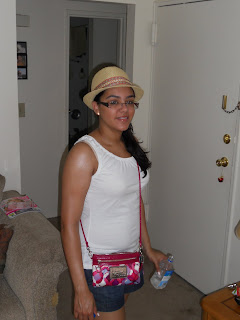 We actually didn't see a lot of celebrities at the parade and when we did it was too late to take pics of them...lol
We did get some really good pictures of Diddy or Puffy Daddy or Sean Combs..or whatever the hell he calls himself now!! 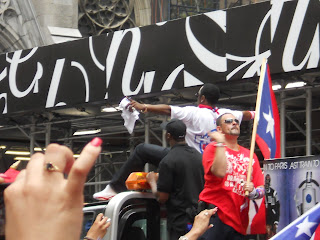 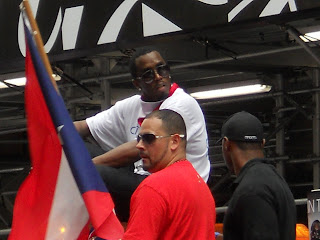 Busta Rhymes and Fab were there too... 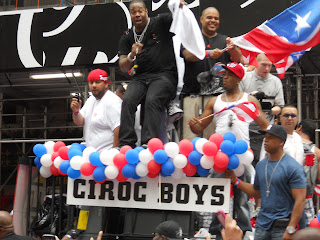 I really don't know why some of these people were there, but whatever their music is good & the were definitely in the spirit..
I really wanted to see them...but we didn't.  =(
Picture form NY Daily News 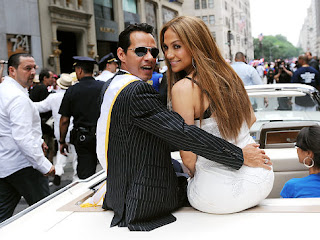 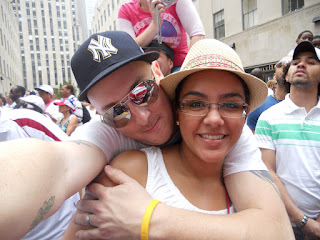 Every float had awesome music & everyone was dancing. One float was rocking so hard I thought it was going to break!! 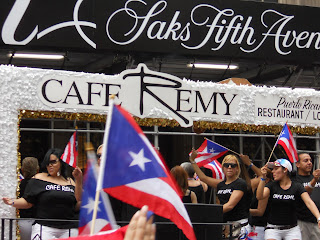 This guy was on a really weird looking bike, it was really hard to get a picture of it though because of the crowd. Look how much higher he is than the crowd though. 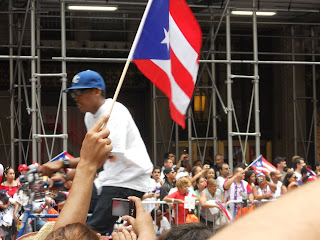 These cars were insane!! They had every modification done to them.. 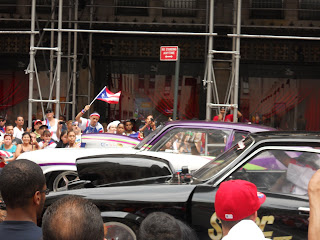 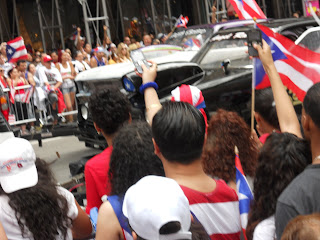 Also in the parade were salsa & merengue dancers, these little girls were GOOD! 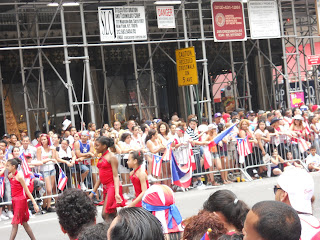 I'm honestly not sure who this girl was. She might be Miss Teen PR or just a princess in the parade, either way she is stunning. 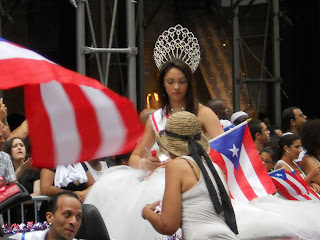 All in all it was a great time, but we were so into being there we really didn't take a ton of pictures!!
I will leave you with one of my favorite songs EVER..it's by Marc Anthony (the King of the parade). He's honestly not much to look at, but that VOICE is amazing!!
Preciosa - he sings about the beauty that is Puerto Rico, even if you don't have any idea what he's saying his voice is great to listen to. Seriously...listen! My favorite part is around the 4 minute mark, he's just bubbling with pride!!

Tell me about your background!!
Labels: Puerto Rico