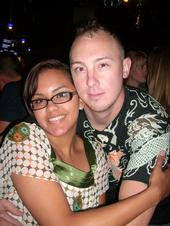 I've seen this tag game around for a bit, and even though I didn't get tagged (and I won't be tagging anyone) I wanted to post this today.

2. Write down 5-10 ways your relationship ticks and works for you!

3. Include a brief history of how you and your significant other met or a timeline, whichever you prefer :)

***I'm going to skip the common things I've seen such as trust, honesty, and openness. We have all of these things, but here are some little things that make our relationship work for us.

Get along with your in laws
I cannot be anymore serious about this!!! You don't have to be best friends, but you need to try YOUR best to get along. I am VERY lucky..I LOVE my in laws!!!!!! They are awesomeness!!! I have 2 brother in laws and 2 sister in laws and we're not just family, but friends. Plus the hubby's mom, dad, and grandma are awesomeness too. The saying is true, you don't just marry the man but the whole family. 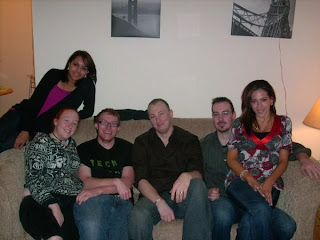 Me with the in laws..it's my birthday and somehow I'm in the corner..lol 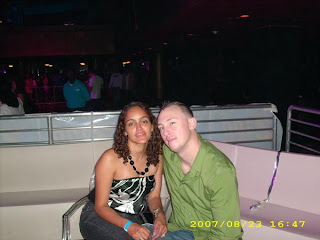 Hubby with my sister at a JLo concert. 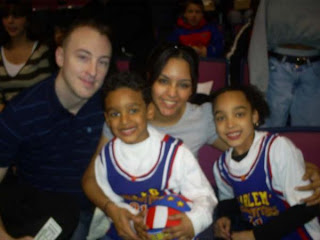 At a Harlem Globetrotters game with my (our) niece and nephew.

Take trips together
You don't need to go anywhere far away. Just go somewhere you don't normally go together. It helps you experience new things together and it takes you out of your usual routine. 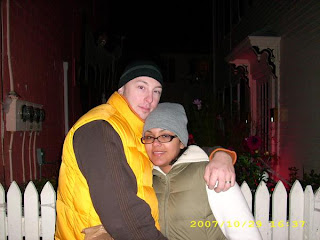 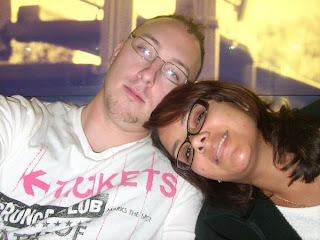 At Newark Airport..waiting for our flight to North Carolina. July 2008
Develop common interest
Common interest such as music, books, or tv shows help you feel closer to one another. It becomes your 'thing'. The hubby and I read a lot of the same books, introduce each other to new music, and are hooked on the same tv shows. 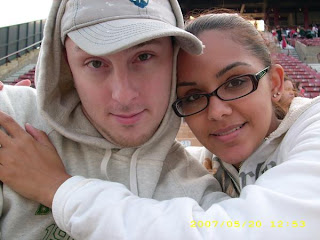 At the Gwen Stefani concert, before the show began.

Get to know each other's friends
My hubby and I are always going out with each others friends. It also helps your trust. I know that you need to trust your partner, but knowing that your hubby's friends are good people makes you feel secure too. 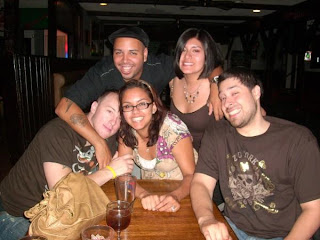 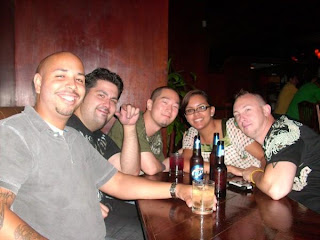 Have date nights!!
Date nights are a must for us!! Sometimes we get so stuck in our routines that it becomes hard to focus completely on the other person. Having regular date nights means you always have time set aside for one another, plus it keeps things fun. 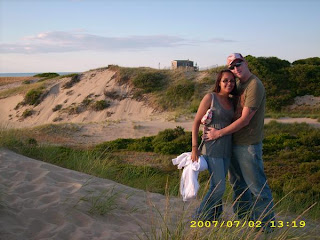 August 2005
-We meet because we had a few mutual friends in common. We both went to one of the friends' farewell dinner because he was moving. I said hi to everyone and no one bothered to introduce us, so he introduced himself. We flirted most of the night, but we both had just come out of long term relationships so I didn't think much of it.

September 2005
-We meet up at to Six Flags with a few friends. I brought my best friend and ex boyfriend with me. We flirted a little more, but he stayed away because he thought my best friend was my boyfriend. HA!
-We talked on myspace a bit, and he did a crush quiz where he pretty much told me he liked me without saying the words. So high school!! So cute!! lol..I told him I liked him too.

Oct 5, 2005
-Our first date..it was completely unexpected. We had been texting for a little while that we needed to hang out and one day after class he happened to mention that he was near my school, so we decided to meet up. We ended up going to a diner (haha), and then talking in my car ALL night. We had our first kiss this night. Awww...

March 2006-June 2006 (ish) For a few months in 2006 we had some problems so we were on/off. At his brother's graduation in June 2006 I texted him saying that I missed him and that I wanted to work things out. We've been connected at the hip ever since!

July 2006
-Cape Cod--Our first REAL trip together!! This trip was supposed to just be an over night trip and we stayed there for 4-5 days.

March 2007
-He proposed to me in front of a mountainview. Aww.. My ring box was a penguin, because when penguins find their soulmate they stay with them forever. 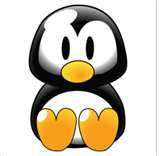 Aug 12, 2007
-We moved in together. What a day!! All that could go wrong that day went wrong! We couldn't rent a Uhaul, the super didn't want to give us the keys, and the mattress fell in a puddle! All that and we still didn't fight with one another.

Oct 6, 2007
-We got married. I was freakishly calm that day. I had to calm everyone else down that day. lol Did I mention it was about 100 degress that day. HOT!!! I had bought a sweater just in case I would be chilly, didn't need it! LOL We got married outside by the mayor of our city, then had dinner at a restaurant with all of closest family and friends. There were 22 of us in total. Later that night we had everyone over and had a 'game night'. It sound cheesy, but that was definitely one of the best nights ever!! 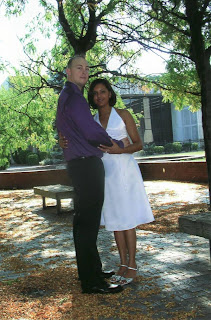 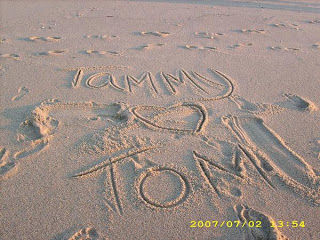