I am sorry I have been gone for so long..I was seriously considering just cancelling this blog..but as I was reading all of your wonderful blogs on my Google reader I decided to give this one more try. =)

The hubby and I have had some seriously BAD luck lately so that's a major reason why I've been MIA..I've been in a pretty bad mood lately..It all started when we had a party at our house for our best friend, everything was going great. We managed to fit about 25 people into our tiny apartment, and somehow the party really seemed to be happening on our super, super tiny balcony. Around 2am one of our neighbors was walking around and saw us partying and asked me if she could come up (we live in a complex so we've seen each other a few times before), I didn't really want her to come up because she and her bf always seemed kind of strange but I didn't want any problems so I said yes. Everything seemed to be going ok, but everyone at the party agreed that they were strange and that they were being a little too nosey. At some point in the night they left, everyone at the party says they DID NOT see them leave. The next day as the hubby and I were ordering pizza (never attempt to cook when you're hungover--that's how fires start..lol) we needed a few singles so we went looking for our money jar. We had the jar the night before at the party and the next day it was MISSING. We know that no one we personally invited to the party took it because they were all family and very close friends, so it was obviously our TRASHY neighbors-explains why they were being so nosey. Now the jar didn't have a lot of money in it..maybe $60 or so..but that's not the point..the jar itself was a gift. They also took my hubby's ipod. =( There's really not much we can do about it, because we can't really prove it was them that took it, but we KNOW it was them. On a side note: just a few days ago we saw an eviction notice on their door so that explains why they needed the money, but its just not right!

Two days after the party the hubby and I were scheduled to go to North Carolina for a business trip for him, we were excited because we figured a change of scenery for a few days would be nice. It was the trip from HELL. When we got to the airport at 3:30pm we were told that our 6pm flight was cancelled, and the next available flight was at 5am. So we had to stay at the airport all night and they wouldn't check our bag, so we couldn't get past security and we had to stay up all night. Somehow we managed to survive all night without wanting to kill each other, but once 3:30am came around they told us that the 5am flight was full, so we had to take the 6:30am flight. By this point I was so tired I could barely understand a thing they were saying. We get into N.C. at 9:00 am, and the hotel did not have a shuttle there for us so we had to take a cab in. As soon as we got to the hotel we crashed till 8pm, so we pretty much wasted a day there. On the 2nd day in N.C. I had food poisoning so I had to stay in the hotel all day. Day 3 we leave to come back to N.J. and the hotel shuttle drops us off at the airport 5 hours early (like we really wanted to hang out in the airport after what we dealt with on the way there!!), but luckily this airport is like a mall and has a lot of great stores to waste time. So at 6:50pm the hubby and I board the plane to finally come back home, at 7:20pm (the time we were scheduled to leave) the pilot says that we are being delayed for a little while because of bad weather in N.J. and that we're going to wait on the plane. To make an already long story short we didn't take off till 11:15pm. It sucked!! So glad to be home..

I'm also in the process of looking for a new job, since I HATE my current one.

Ok enough ranting..just wanted to catch you up on why I've been MIA..I was so detailed because all of you ladies always are in your blogs..lol..I will resume blogging on a semi normal basis soon. =)

So to end this on a good note here are some pics from the party I mentioned above. 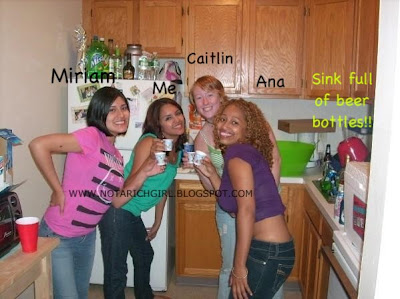 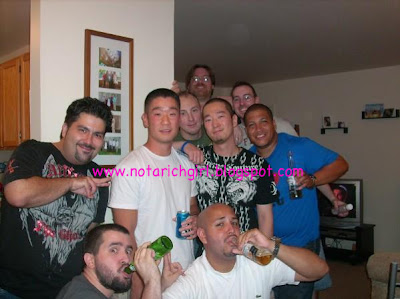