Edward Cullen Comes to All of Our Parties.

Happy Monday Dolls!!
Last weekend my sister had a party for my niece, who is officially a TEENAGER now. Agh..I can't believe it! I still remember the days when I helped her tie her shoes and make her bed -uhm that last one was yesterday..lol!!
I thought I would share a few pictures with you guys of that day.
I did play makeup artist to all of the girls that were there, but I won't be sharing any pictures of them since they're minors and I didn't get their parent's permission. I did love doing their makeup though, their skin is still so pretty at their age and they love to play with colors.
So her party theme was Twilight. Awesome!! If you don't know I am a bit of a Twihard..Team Jacob!!
Look who made a guest appearance..lol 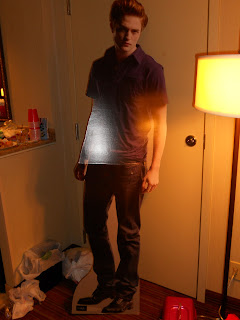 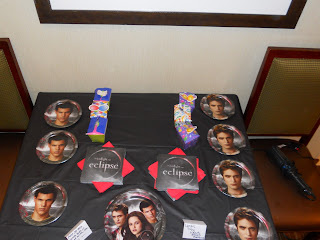 In case you think these pictures look a little hotely, then you're right. They rented out a room for the girls so they can swim & make a mess there, with adult supervision the whole time of course. 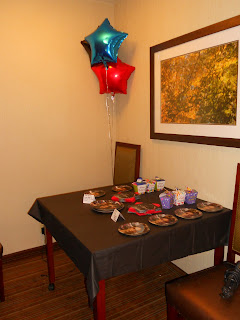 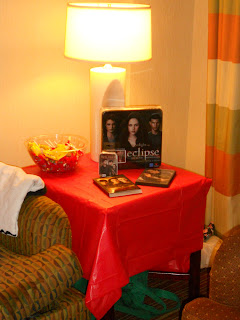 The birthday girl!! She was dancing along as we all sang her Happy Birthday. 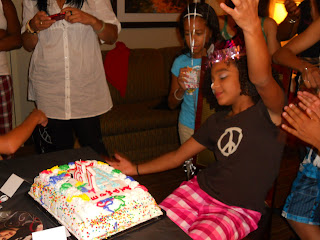 Look at those curls!! She really does have the most awesome hair. 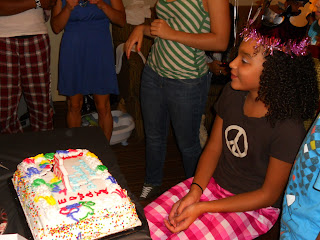 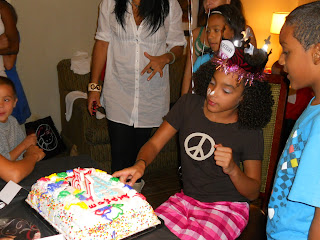 While some the girls were in the other room my nephew and I decided to sneak in a quick pic together. I call him my mini me & he calls me his match. Aww.. 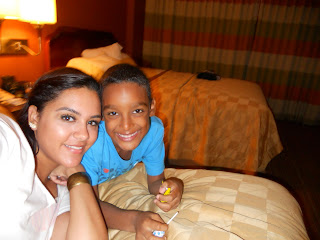 Of course I did some makeup on some of the ladies that were there too.
Want to take a guess as to what palette I used on them..??? Urban Decay Naked of course!!
I didn't take a ton of pictures of them after I did their makeup so here are the best pictures of the bunch.
Here's Kathy - I love doing her makeup, she stays still and enjoys every minute of it. She was the first one to get her makeup done & this picture was taken several hours later, but most of it held up pretty well except her lip gloss which is GONE in this picture. 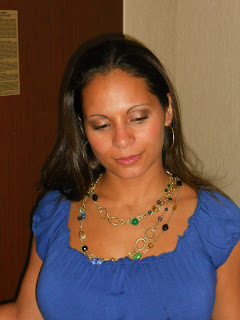 My sister Ronnie - who does NOT sit still at all!!! haha.. Finding what colors work on her are always pretty easy since I usually just use what works on me..lol This is my favorite combo of the moment - baked and hustle. 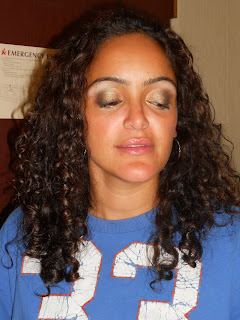 End of the night - all of us non-minors had to take a picture with Edward. 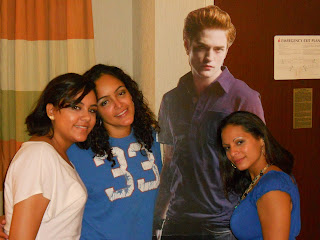 While we're still on the topic of my niece -
Shameless Plug - Don't forget to shop at my niece's Avon Store for all of your Avon needs. =)
******************************************
On a side note: Has anyone else noticed a MAJOR shift in the beauty community..?? Definitely not for the better either.  =(
Most of it seems to be a huge competition and about making money. I find it pretty sad. Blogging & making YouTube videos used to be really fun for me to make and I find that it's not that much fun anymore. I may shift the focus of my blog for a little while.
Thanks for reading!!
xoxo
Labels: Avon 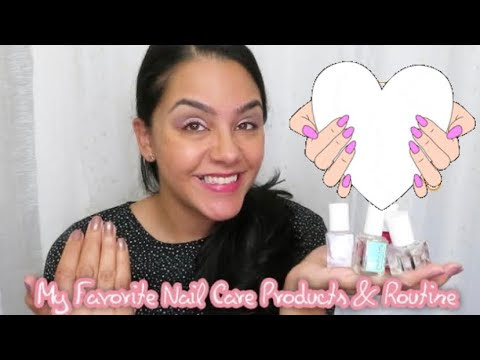